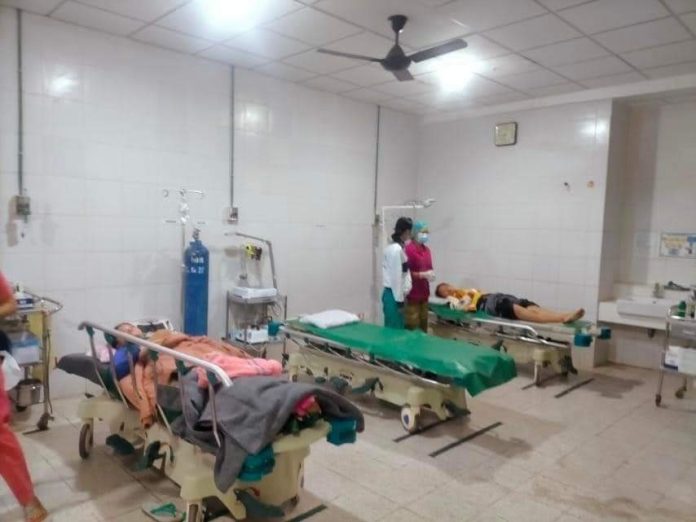 Drone attack took place during the celebration of 71th Kayah State Day which was organized by the military council at the city hall of Loikaw in Kayah State on 15 January.

The incident left one dead of security member and eight persons injured, according to the report.

The military council said KNPP and PDF conducted the  attack   from 4,000  northeast of the state’s city.

“The military council  organized the event around 7:30 pm on 15 January, with the participation of students and civil service staff who were forced to join the event. At least two 60 mm motor bombs were dropped by a drone around 7:30 am. In reprisal, the army rained artillery fire the whole day and its jetfighters bombed over the 9-Mile area near Tharluang village, “ said U Banyar.

The artillery attack and airstrikes of the military council destroyed the houses of local people in eastern part of Demoso Township and one civilian dead near Naungyarkhan village in Loikaw, according to the reports.

The PDF Loikaw warned, on their social media page on 13 January,  the public to avoid the celebration of military council and public events.

The military’s media published that the attacks of KNPP and PDF has left one civilian dead, and two police members, 6 students and two civilians injured.